It's my birthday, I can blog if I want to 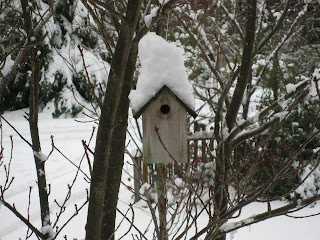 Most likely everyone has used that as a blog title at some point, no? So here I am, one year older, and quite awhile since a post. Oh well. What have I been up to? Knitting, regular everyday stuff and more knitting.
I knit Patrick a modified Pub Crawler sweater for Christmas out of Black Water Abbey Yarn, color Jacob. I think this was a record for me - 6 days. Yes, I cruised on it, but it needed to get done. He's cold at school. 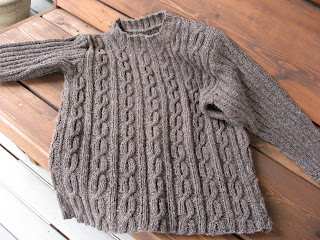 We celebrated Sara's graduation from the University of Washington (BA English Lit, BS Molecular Biology) Here's a picture of her heading over to campus with her last undergrad paper. Later we took her and the boyfriend to a Moroccan restaurant for dinner. 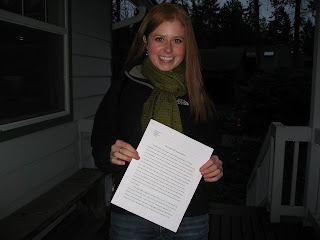 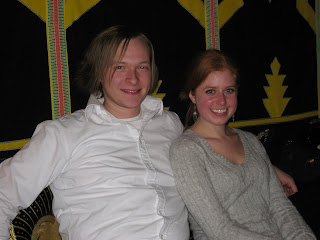 Christmas happened, we had too much snow, more unexpected snow. You know the drill. For Christmas I ended up knitting nine of brooklyntweed's turn a square hats. One for each of my nephews on Doug's side of the family and one for Sara's boyfriend. I also knit a new pair of socks for everyone in our immediate family (Doug, Sara, Patrick) and decided to also knit a pair for Sara's BF. The socks came first for him, the hat was extra so that I wouldn't have the leftover yarn sitting around. May as well knit another hat!
My last few posts had some content about emergency preparedness. Does anyone care? I wasn't getting any feedback on it, so I thought everyone may have been irritated (non knitting content and all) and I stopped.
Okay, enough for now. We are going to go eat Indian food tonight, then maybe a bit of MarioKart or RockBand on the Wii at home after? We'll see!
Posted by That's my middle name at 4:13 PM 5 comments: Links to this post